First Time Visiting? Start Here!
Home » Uncategorized » Why We Are Doing Things Differently With This Kid

Why We Are Doing Things Differently With This Kid

I am one of those rare people who was born with a goat gut. I never get heartburn, have never had the “pleasure” of experiencing acid reflux, and I could likely eat a tin can and be fine. I could totally be like Paul Newman’s character in Cool Hand Luke, eat all those hard-boiled eggs and wake up the next morning asking who else was hungry for omelets.

But as Superman had kryptonite, I too have a downfall. Unpasteurized and delicious fresh apple juice will render me unwelcome from human contact for a few hours.

Troy, well, Troy is a different story. His grandmother has immense food sensitivities (we joke she subsists on air and cardboard), and he seems to have inherited some of them “lite”. He is “kinda” lactose intolerant. Avocado makes his throat “sorta” itch. Oranges can “sometimes” give him mouth sores. Jack definitely has followed in his footsteps, with food issues that are not considered allergies, but can cause problems from time to time.

When Bennett was about three weeks old, he started having reflux issues like Jack had as a baby. We got him on the meds we knew that worked, and I immediately cut out dairy – just like with Jack. His behavior didn’t change after about six weeks of me being dairy-free, so I added it back it and it didn’t make a difference. As we started getting more firm on his sleep, his attitude changed and he became the sunny and happy boy we know today.

He started purees at six months and took to eating right away. He ate with relish and abandon, and enjoyed every bite. And thankfully, his stomach tolerated all foods we tried. When he was around nine months, he started to turn his nose up at purees and wanted more pieces of what we were eating. This time however, his stomach didn’t react as kindly. There was something about the act of gumming the food that was causing issues. We traveled to Denver in early September for my friend’s wedding, and for ease of feeding him, we switched to store-bought purees. His stomach was perfect for the whole trip, and I started to put two and two together.

We decided that until he got more teeth, we would try to find a way to balance his meals with purees. Babies are punks though, and Bennett thought otherwise. He didn’t want to go back to “baby” food; he was a big boy now. It started to become a battle at every freaking meal. I was exhausted and Bennett was getting tired of just consuming yogurt. In a moment of desperation at breakfast one morning, I took a piece of what I was chewing and just threw it on his tray. I was the one acting like a baby right then. 🙁 And wouldn’t you know it, he gobbled it right up and signed “more”.

It started slowly from there, but eventually I found that I was pre-chewing about 80% of Bennett’s meals. Food battles were over, he was eating a broad range of foods that he likely wouldn’t have tried otherwise. The icing on the cake was that his stomach was calm and happy all the time as a result. The downside? It was gross. I felt like a momma bird barfing up worms for her hatchlings. It made eating with other people an awkward situation, so we stopped inviting friends over, and halted going out to eat at all. No one wanted to come over and watch me regurgitate food in to his mouth. 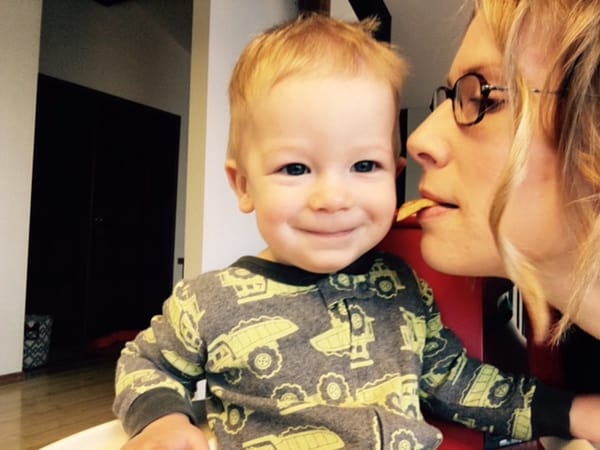 As time went on, I started looking in to this “method” of feeding. It actually turns out that there is a lot of research on the effectiveness of what it was that we were doing. Studies showed it promoted healthy habits, bonding between parents and baby, and helped during the delicate transition time for little tummies. Who would have thought that what started as me pitching a fit like a child, would turn out to be something so supported by pediatric literature. 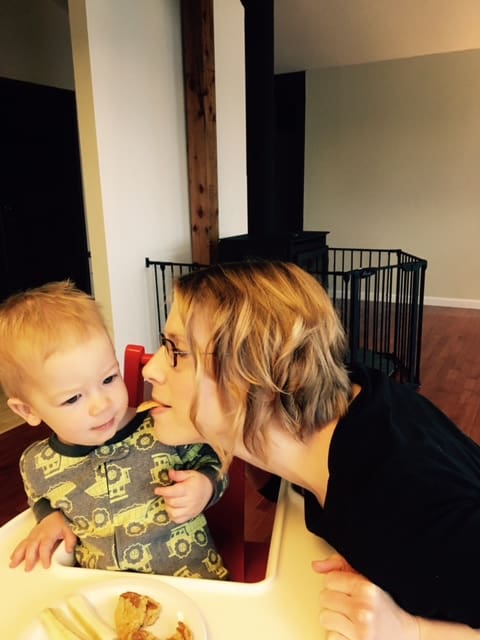 So the big question of course is how long this will go on. Bennett seems to be moving towards more food independence lately, but he still wants and asks for “momma food” and signs “please”. I know they’re only little for a short time, so for now I guess we’ll just follow his lead. It’s not what I planned to happen, but I’m trying to go with the flow and be ok with chewing up food and feeding it to my kid like a starling. In the end, it is working for us, and who could deny this happy and smiling boy? 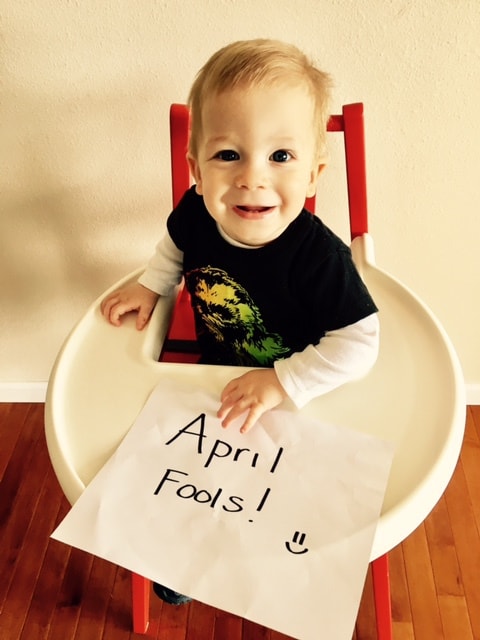