First Time Visiting? Start Here!
Home » Uncategorized » What I Ate in a Day – the Everyone is Sick AF Edition

My normal scheduled post for today just didn’t happen. The photos I initially took were meh and I had planned to reshoot them yesterday. But then the world went to hell and everyone in my house became crazy sick.

The photo reshoot didn’t happen, and like millions of women out there, I rolled with the punches. Which of course means I took care of a bunch of boys and adapted my day from a work focus to “do not strangle them” mindset.

I had intended to make eggs for breakfast but Troy and Jack woke up late after being up for much of the night. Instead, I had some leftovers from a new recipe I had been working on last week. 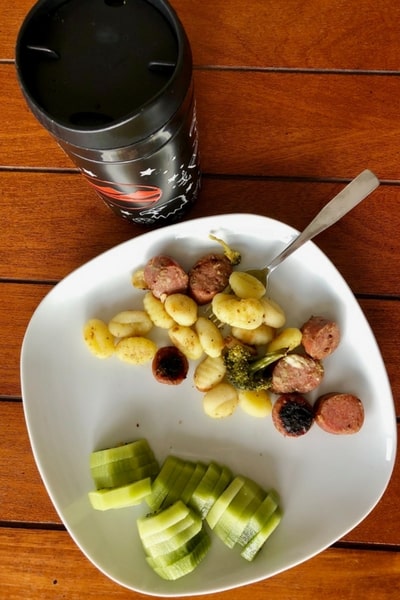 I made it a few days before and frankly it was kind of tired at this point. But the appeal of heat and eat won out. I had two kiwi on the side. Not touching of course. Because there are rules in life people.

And I had a latte on the side. The second my sister dropped my nephew off for the morning, I hauled him and Bennett into the car and went and got coffee. I have a hard time with caffeine but I was dragging ass from no sleep. Plus I had a gift card.

Metal tumbler is from Liberty Bottleworks. They’re made in Washington State and therefore rule.

Everyone needed me as soon I sat down for breakfast (Troy says I am like the mom from A Christmas Story) and my coffee went cold after almost two hours. I reheated it in another mug and then put it back in my tumbler to drink on the way to the pediatrician’s office. 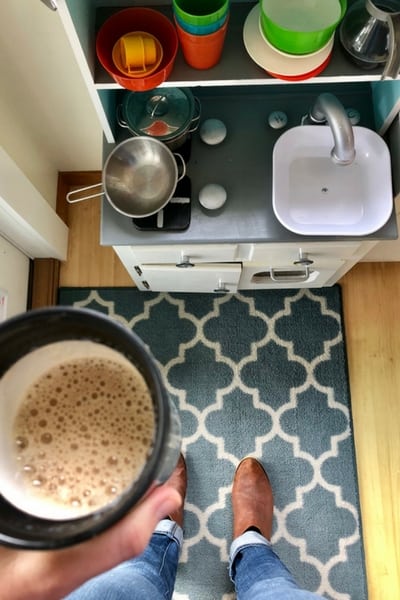 Read this post for the story behind Bennett’s play kitchen

Meh, this meal was a hot mess. The doctor’s office was running really behind and nothing quite went right. By the time I got Jack’s meds (diagnosis: double ear infection and an irritated mangina) and dropped the boys off at home to be with Troy, it was way past lunch and I was starving.

But I have to run to school to pick up my nephew and Jack’s friend who is spending the afternoon with us (and yes, her parents knew all my crew was sick). School is half day this whole week. FML. 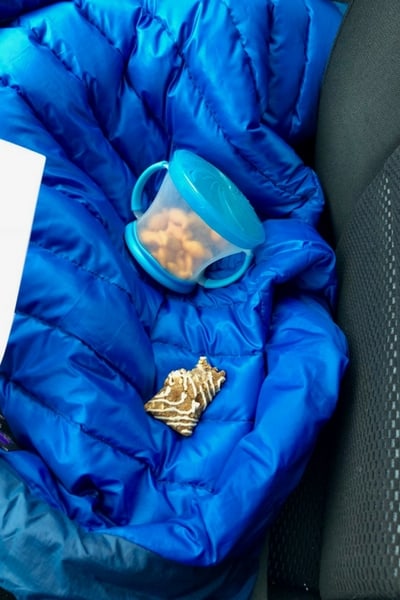 When I get to school I find part of a Z Bar and some goldfish leftover from Bennett. Both are on our list of favorite mostly healthy snacks for kids and adults. Eating them off the floor of the car may be sketch city, but hey I’m busy building immunity, right? And frankly, I keep a pretty damn clean car.

After I get the kids settled at home and Troy heads off to the doctor for himself (diagnosis: Influenza A. NEAT), I put a movie in. I’ve had four hours of sleep and have been up since 5. I’m not bringing my A game today and the kids totally benefit with some Hollywood parenting.

I popped a bunch of popcorn for the kids and make a small(ish) bowl for myself. I add two Easy Instant Pot Hard Boiled Eggs for protein. I wish they were filled with chocolate. 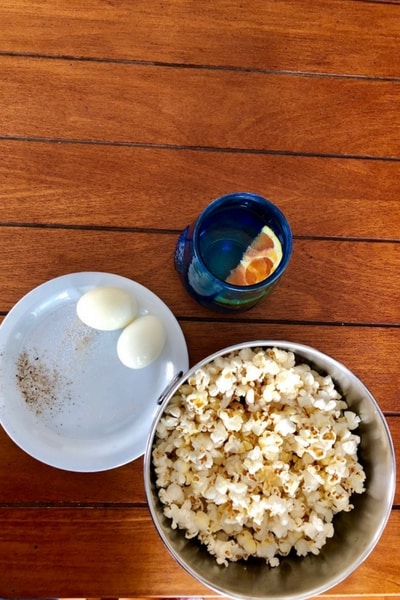 Sparkling water and an orange slice on the side. I hadn’t had a chance to properly hydrate earlier in the day and my head is pounding from the caffeine. Or maybe I am getting the flu? Oh, helllll no!

I made a special loaf of No Knead Bread for an upcoming recipe. Hint: it involves pure awesomeness. It smelled so good and I had a slice after taking photos of it for a later post. 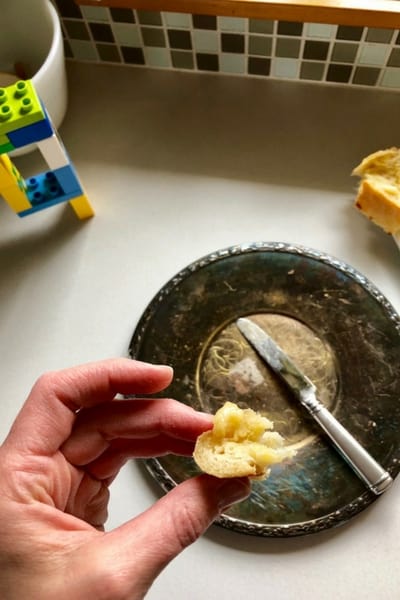 Yep, those are legos on my kitchen counter.

Jack had baseball and I almost didn’t get a chance to eat this. The roasted chicken took much longer to cook that I expected. Jack and I shoved dinner into our mouths on the way out the door. 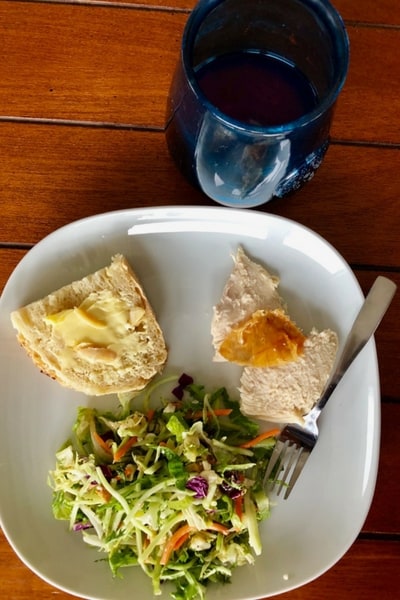 Roasted chicken flavored with the olive oil leftover from the Easy Instant Pot Roasted Garlic, the butter leftover from the popcorn earlier, kosher salt, and rosemary from the garden. On the side an organic Mediterranean salad (Costco) and the special secret bread for later. More water and an Emergen-C on the side.

I’ve been working really hard about no sweets during the week. Saving my sweets for Sunday makes them seem special and I don’t consume too much sugar day to day. 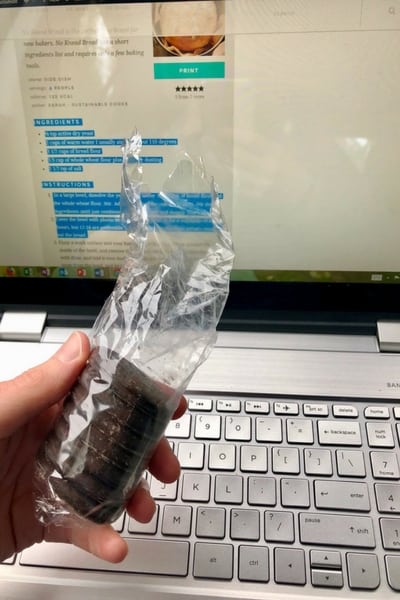 Well, that went all out the window with how freaking tired I am, and I secretly pounded a half-sleeve of Thin Mints in the car while Jack had baseball. After not getting to really work all day I packed my laptop and drafted some posts into a Word document (no wi-fi out in BFE) during practice.

Did you know that people who don’t get enough sleep tend to crave more sugar and carbs each day? I effing get it.

I have been sleeping in the bed in my toddler’s room with him since last Wednesday. Between Troy being sick and Bennett having croup, it just makes the most sense for me to be on toddler duty all night. Thankfully our mattress in there is insanely comfy and an added bonus is I don’t have to listen to Troy snore.

Before bed, I drank a few more glasses of water to try to stay ahead of the germs in my house. Bennett legit sneezed in my mouth and eyes last night, so I’ve got that going for me.

This post contains affiliate links and we may earn a commission at no additional cost to you if you click through and make a purchase. This allows me to continue to provide free content, and I only share products that I use and love myself. 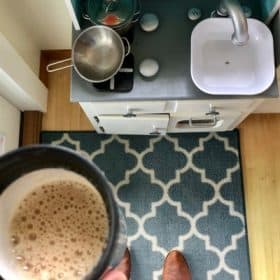 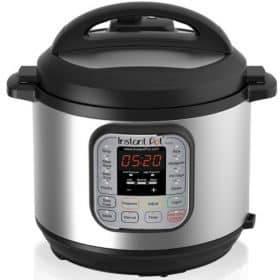