I’ve been slacking on posting confessions for the last two months; forgive me!

New here?  Confessions are (supposed to be) a monthly feature where I say stuff most people are too afraid to say, but I say it anyway.  And then you get to say your own confessions and we all go about our merry way with the weight off of our chests.

1) Parents who have boys with really long hair annoy the crap out of me if they get pissy when you think their child is a girl.  If your kid’s hair can be put in pig tails, excuse the hell out of me for thinking your kid is a chick if I’m seeing them from behind.

2) I handle every single bill that comes in our house.  Troy would likely have to pause and think for at least 30 seconds to tell you what bank we use.  He wouldn’t even begin to tell you what we pay my parents in rent each month, what our cell phone bills are, etc.  I file the taxes, collect all the W2s, and mail it in to the IRS.

3) I’m embarrassed to admit that I was probably in my teens before I realized that the “smiling Eskimo“on the Alaskan Airlines planes, 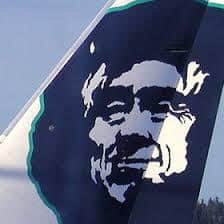 was not actually “Pa” from Little House on the Prairie. 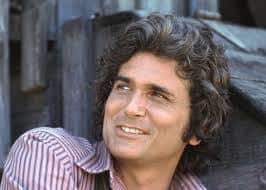 5) Growing up, my favorite show was Murder She Wrote.  A runner up?  Matlock.  I was pretty much the coolest seven year old on earth.

6) I’ve been making laundry detergent for years, but have actually purchased some twice in the last few months.  Stay with me here.  I LOVED our homemade stuff, but when we got an HE top loader, the castille soap I was using the recipe just wouldn’t dissolve.

A few years ago, my friend Mary shared a liquid laundry detergent recipe with me that inspired me to start making my own (but I was lazy and made the powdered version).  I decided to try out the liquid detergent, but needed a liquid detergent container large enough to hold a batch of the homemade.  So I bought a jug of free and clear from Costco and it was lovely to just buy it.  And it felt so good, I bought another jug.  This time I’ll make my own, but man oh man, it was so easy to just put it in my giant Costco cart and go about my life.

7) I really love the song Hoizer song, Take Me to Church, even though I can tell it’s making fun of religion, and I um, go to church religiously (ha ha).

8) What is with the new really short skirt/dress trend?  At what point did we all decide that as grown women (and mothers of girls) that our vaginas needed to be flashed to the world. If I can tell how many children you’ve had while dressed, your skirt needs more fabric.  M’kay.

9) I used to drive a scooter (cheap Vespa knock off) when we lived in Olympia, and for a year or so in Los Angeles.  I had to take a motorcycle safety class, and pass a motorcycle drivers test.  So, I know that motorcyclists are taught what a safe driving distance is, safe passing, etc.

The other morning, a motorcyclist was driving like a complete ass during my commute.  He was weaving in and out of traffic, and tail-gating to the point where he could change the radio station in some cars.  When he got so close to ME, it took every ounce of self-control I had to not turn on my windshield wiper washers.  The idea of hosing this guy with cleaner fluid was so tempting.

How about you?  Your turn; get that stuff of your chest!