originally posted on September 25, 2019; Updated on June 2, 2022
A London Fog Latte is a deliciously warm and cozy drink. A tea latte with Earl Grey, a hint of lavender and steamed milk, is a fun change from coffee.
5 from 1 rating
11 minutes
Jump to Recipe 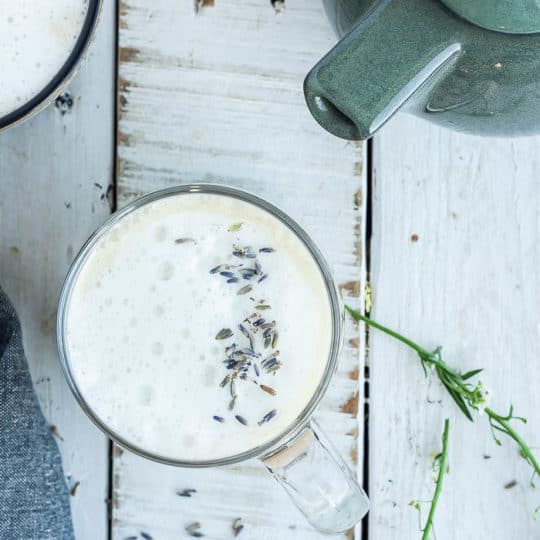 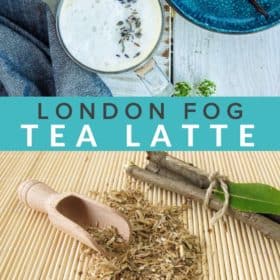 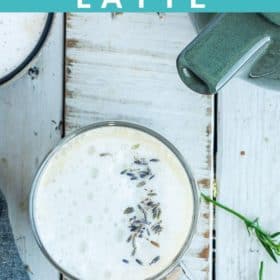 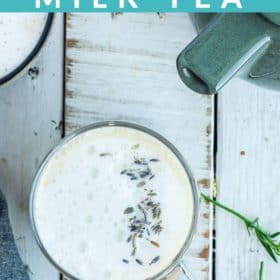 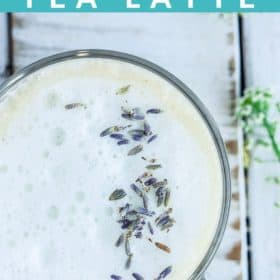 A London Fog Latte is the perfect drink when you need a deliciously warm and cozy pick me up. A tea latte with Earl Grey, a hint of lavender, and steamed milk, it’s a refreshing change from coffee. A big mug of Earl Grey milk tea is wonderful in the morning or as a calming drink before bed. 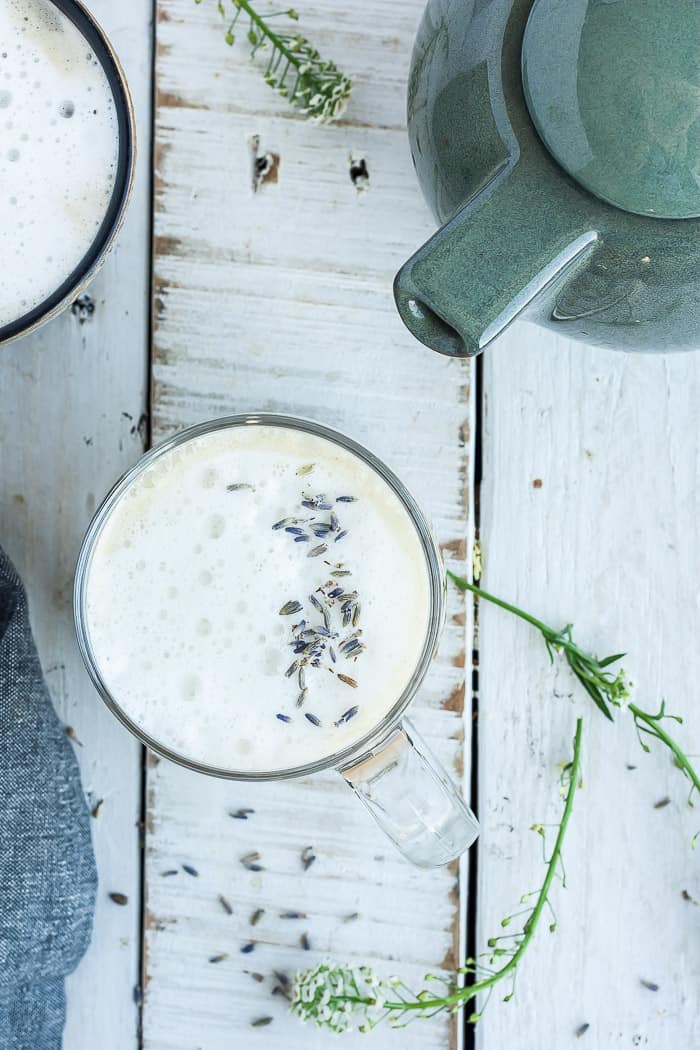 You know that cozy feeling that washes over you when you’re sipping on your favorite hot drink? Amplify that by 500% and that’s what it is like to drink a London Fog Latte.

This homemade version of a popular Starbucks drink is shockingly easy to make and whipping it up at home will save you $5+. Delicious and affordable? I think I have your attention!

I’m more of a blended iced coffee drinker, but I have to say this Earl Grey milk tea is a lovely change of pace from coffee. Served with a tea time snack like Orange and Chocolate Madeleines or Lemon Bliss Balls, and you’ve pretty much just had the best day ever.

What Is A London Fog Drink?

Urban legend has it that the London Fog latte was created in Victoria Canada in a small coffee shop. Starbucks has made it popular. And expensive AF.

It’s a mix of Earl Grey tea, steamed milk, lavender, and vanilla. Most coffee shops will add vanilla syrup or sugar, but I prefer mine unsweetened.

Thanks to the lavender, a mug of Earl Grey milk tea can be that calming before bed drink. Unless you’re like me and can’t drink anything before bed because you’ll have to pee 14,791 times during the night. 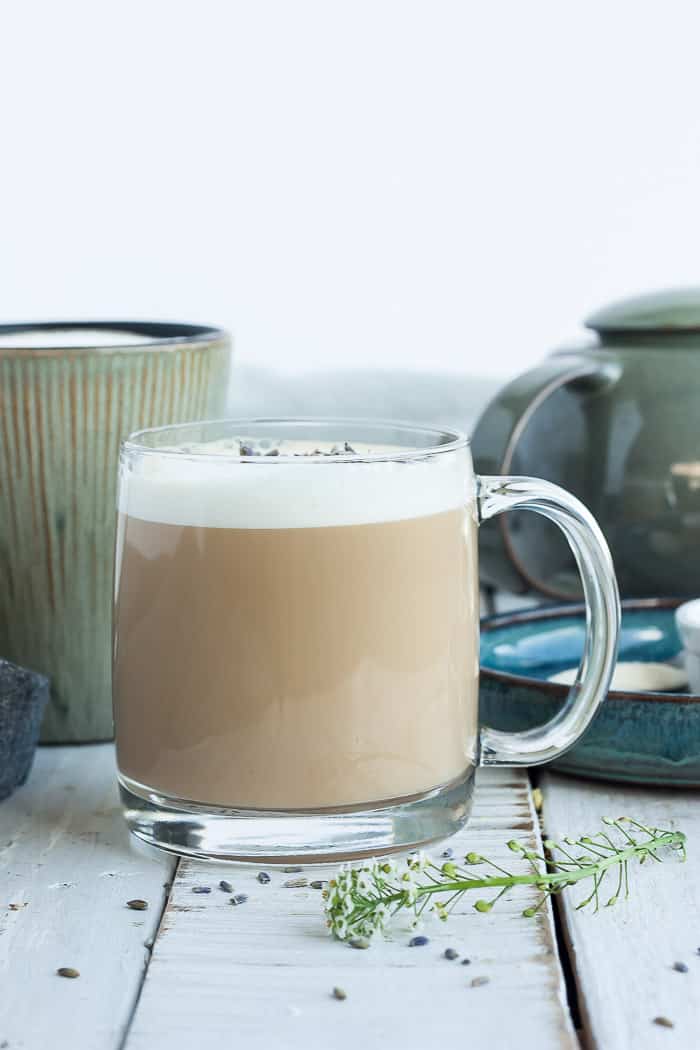 What Does a London Fog Tea Latte Taste Like?

Earl Grey has a strong distinct taste that many people find too strong. It’s a polarizing tea. The lavender in a London fog latte and the steamed milk helps to mellow out the strength of the tea.

The addition of vanilla (either through vanilla extract or vanilla syrup) takes the flavor and turns it into something that tastes almost “dessert-like”. It tastes like a cozy hug in a mug. A mug hug.

If you’re looking for a version for the summer, check out Katie’s Iced London Fog Latte.

Tea – traditionally you’ll use Earl Grey tea and add some culinary lavender. If you want to cut out the extra step with the lavender, there are some Early Grey tea blends that also include lavender.

Milk – use your favorite whether it is dairy or non-dairy milk. Just a note, if you use non-dairy milk, it will not froth as well as conventional milk. Related: Homemade Coconut Coffee Creamer

Sweetener – some people use vanilla syrup or plain sugar. For this recipe, I used homemade vanilla sugar, but I actually prefer it unsweetened. If you’d like to use honey, add it while the tea is steeping, or simply use Honey Simple Syrup.

Vanilla – you could use the vanilla syrup mentioned above, a vanilla bean steeped in the milk, or even vanilla extract (related: Vanilla Extract Recipe)

Lavender – if you don’t use a lavender-based Earl Grey tea, 1/4 tsp of culinary lavender can be steeped with the tea. Unless you grow a strain of culinary lavender, bringing some in from your garden will likely make your tea taste like soap. Mmmm. You can also use Lavender Simple Syrup.

Milk Frothing – you can use a handheld milk frother, a powerful blender (that’s what I used), a french press, or milk in a mason jar with a lid that you shake until it froths. 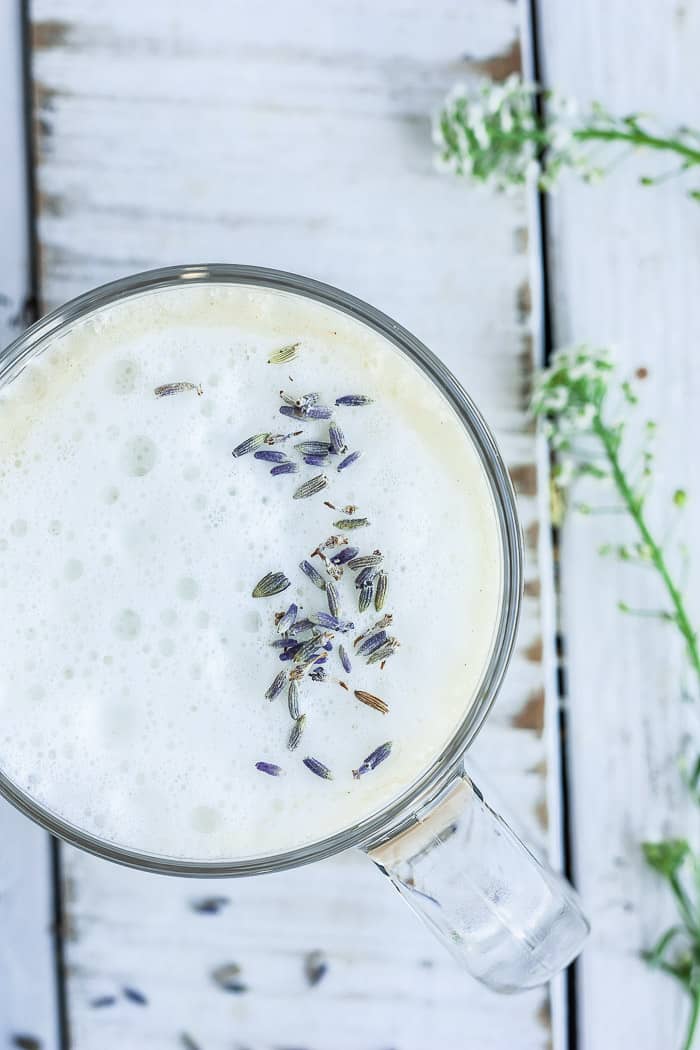 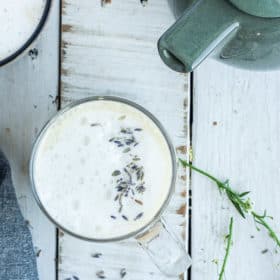 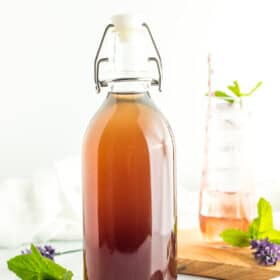 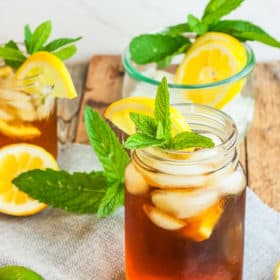 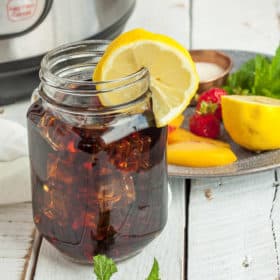