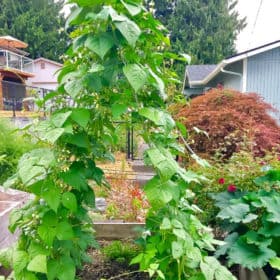 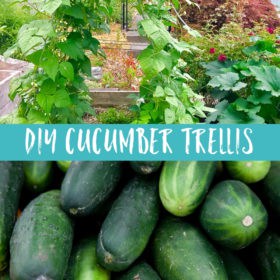 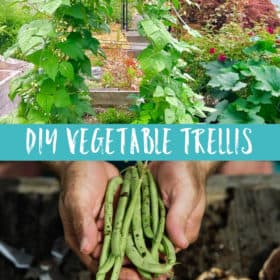 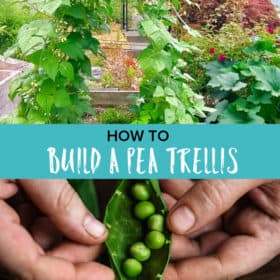 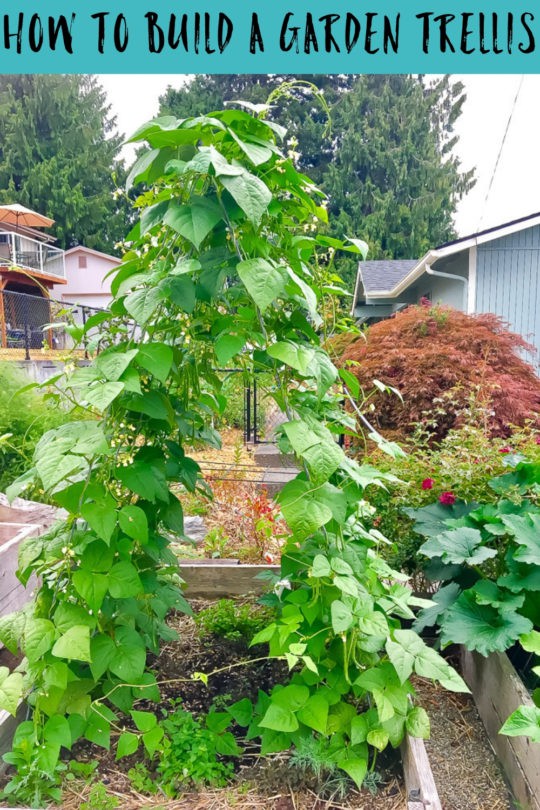 Learn how easy it is to build a cheap and easy DIY Trellis for your fruit, vegetable, or flower garden. Simple cattle panels create strong and long-lasting garden trellis archway that you can use year after year. 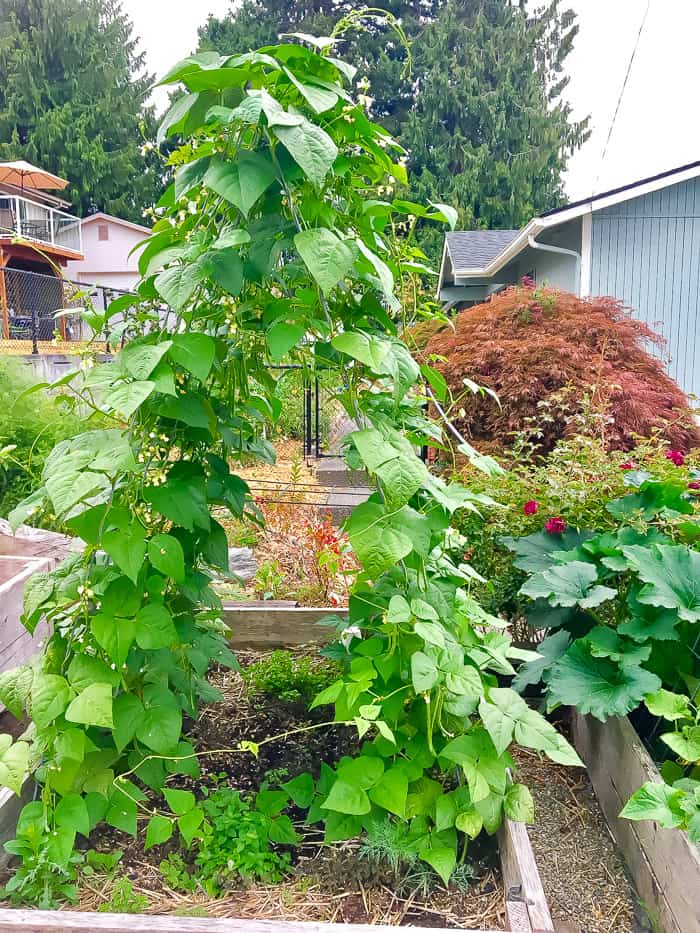 I have no real idea what to call these things.  They’re a garden trellis, but really they’re a double-sided trellis. And “cow panel fence thing” doesn’t sound all that sexy. So we’re going to call this a garden fort. Because I have boys and forts are always a hit.

My garden space is not large, but it is quite spread out. I have maxed out the entire area, and can’t expand any further.  So instead of going out, I have to go up.  Cucumbers, green beans, and peas all have to grow up and over something, and I’ll be honest in that I have gone through so many variations of netting, twine, supports, and wooden trellises.

The netting gets tangled, the twine lasts maybe one season if I am lucky, and the wooden trellises have been known to rot, and the part that goes in the dirt always seems to snap off.

First world problems for sure.  But annoying nonetheless.

After thinking about a long-lasting solution, I asked Troy to make it for me. I am the dreamer and he is the doer. All the players are familiar with their roles. It’s a smooth process at this point. Remember the Raspberry Supports he and our oldest son built?

How to Build a DIY Trellis Both garden trellises take up much of two large planting boxes (that Troy built in 2012. See how that works? Good times.), and are home to pickling cucumbers (try them in Nana’s Cucumber and Onion Salad) and green beans (for my favorite Whole30 + Paleo Green Beans). Earlier in the growing year, we grow snap and shelling peas on the garden trellises. Have you tried building a DIY trellis before? Any successes? Failures?

Dowload a FREE copy of our Real Food Pantry Essentials

Handy checklist to bring with you to the grocery store.